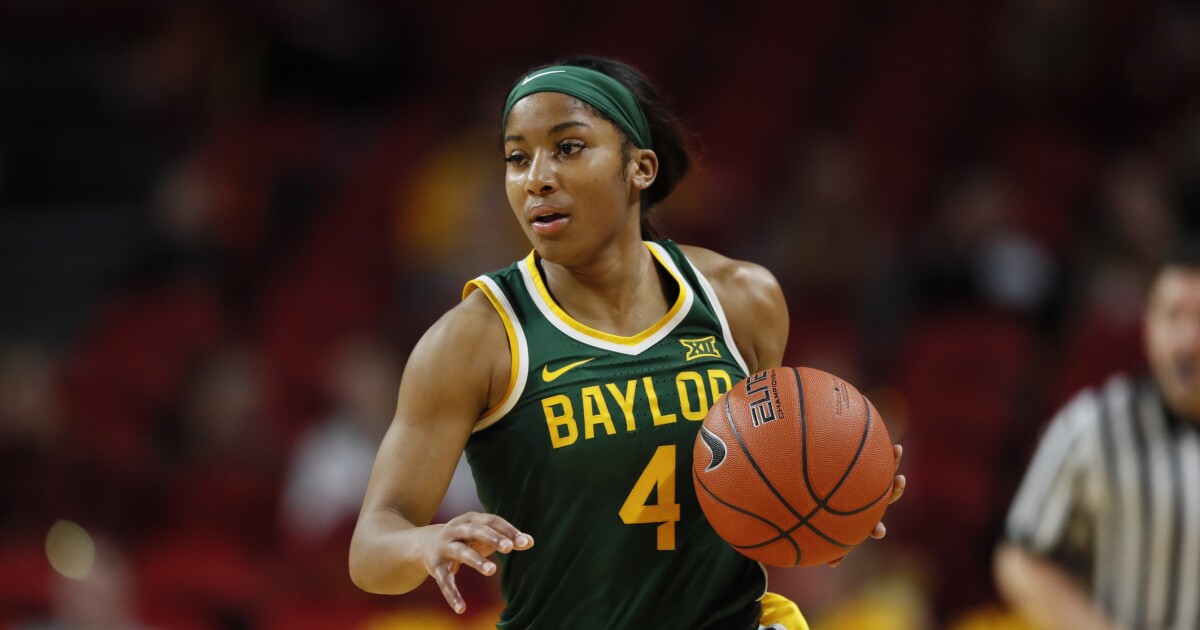 The Sparks signed Phoenix Mercury second-round draft pick Te’a Cooper, a point guard who was waived May 26 when WNBA teams set their rosters without having a training camp, the team announced Sunday.

Cooper played her final college season at Baylor alongside this draft’s No. 3 overall selection Lauren Cox, helping the Bears go 28-2 while averaging 13.6 points and 4.3 assists a game. She shot 41.5% from three-point range.

“We’re fortunate to be able to add a player with as much potential as Te’a Cooper,” Sparks coach Derek Fisher said in a statement. “Te’a proved at Baylor that she can both facilitate effectively as a point guard and is also one of the better three-point shooters entering the WNBA as a rookie. She’ll be able to provide us depth at both guard positions and we’re excited to work with her.”

Sparks forward Chiney Ogwumike and guard Kristi Toliver opted to not play the 2020 WNBA season, which is expected to tip off at the IMG Academy in Bradenton, Fla., in late July. Ogwumike cited medical precautions related to previous injuries while Toliver cited concerns about COVID-19.

After two seasons at Tennessee, where Cooper started 15 of 36 games as a freshman and used a medical redshirt because of a left knee injury her second, the 5-foot-8 guard transferred to South Carolina, where she played one season. She was a McDonald’s All-American at McEachern High in Powder Springs, Ga.

“I would like to thank God, my family and the Los Angeles Sparks organization for believing in me,” Cooper said in the team’s news release. “I am beyond grateful for this opportunity and I’m excited and eager to contribute on and off the court in any way possible. I am looking forward to being with my new coaches, teammates, the organization, the fans and the community.”