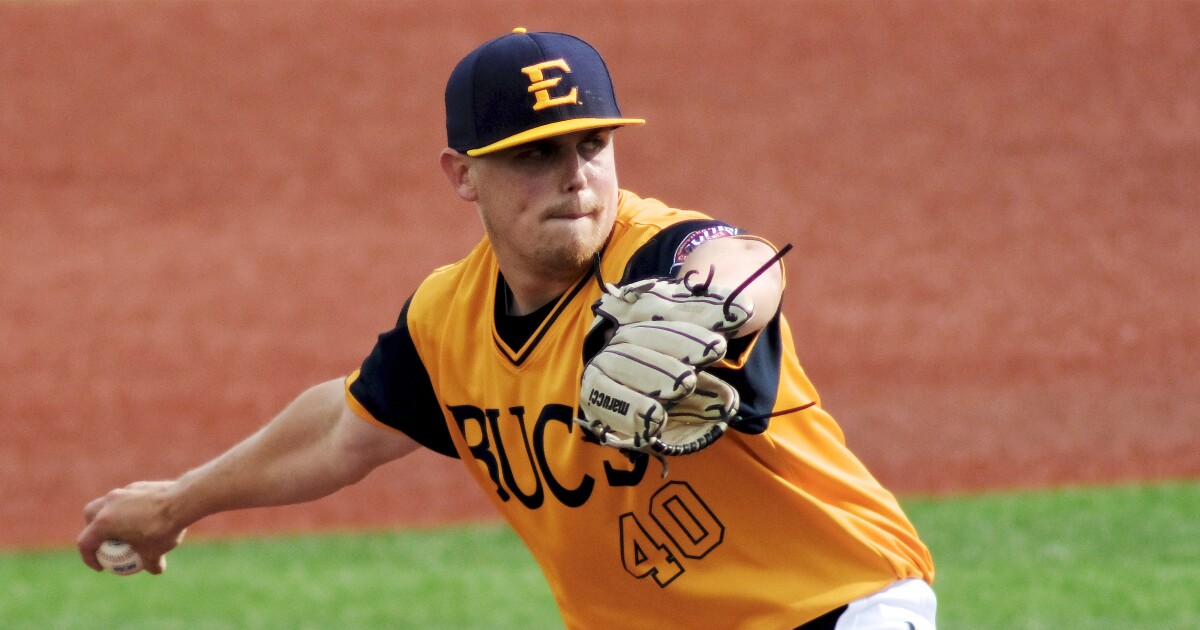 On Monday, two days before players report for training camp at Dodger Stadium, the Dodgers signed East Tennessee State right-hander Landon Knack, the first of their two second-round picks in this month’s draft.

With the savings, the Dodgers have about $2.8 million remaining in their bonus pool money to spend on Texas Tech right-hander Clayton Beeter, the second of their second-round picks, and third-rounder Jake Vogel, an outfielder out of Huntington Beach High.

Knack, who turns 23 in July, was a fifth-year senior but had the option to return to East Tennessee State after the NCAA granted an extra year of eligibility to spring sports athletes who had their seasons canceled because of the coronavirus outbreak.

He capitalized on his short senior season, giving up three runs in 25 innings across four starts. He led Division I in strikeouts (51) and strikeout-to-walk ratio (51 to 1) while displaying an improvement in his arsenal. He fastball velocity jumped into the mid-90s, topping out at 98 mph.

“He’s always been an elite strike thrower,” Dodgers amateur scouting director Billy Gasparino said after the draft. “He’s a former position player that started pitching and was just naturally gifted at throwing strikes. … We knew, all right, now you have strikes and pitchability and stuff improving and all of a sudden he comes out early in spring and it’s like the stuff not only improved, it improved by a large gap.”

With minor league affiliates shut down, Knack’s first stop as a professional could be Dodger Stadium as a member of the team’s 60-man player pool for camp, which begins Wednesday. The Dodgers on Sunday announced 51 players as part of the pool, leaving nine open spots. Knack and Bobby Miller, the Dodgers’ first-round pick, are options.