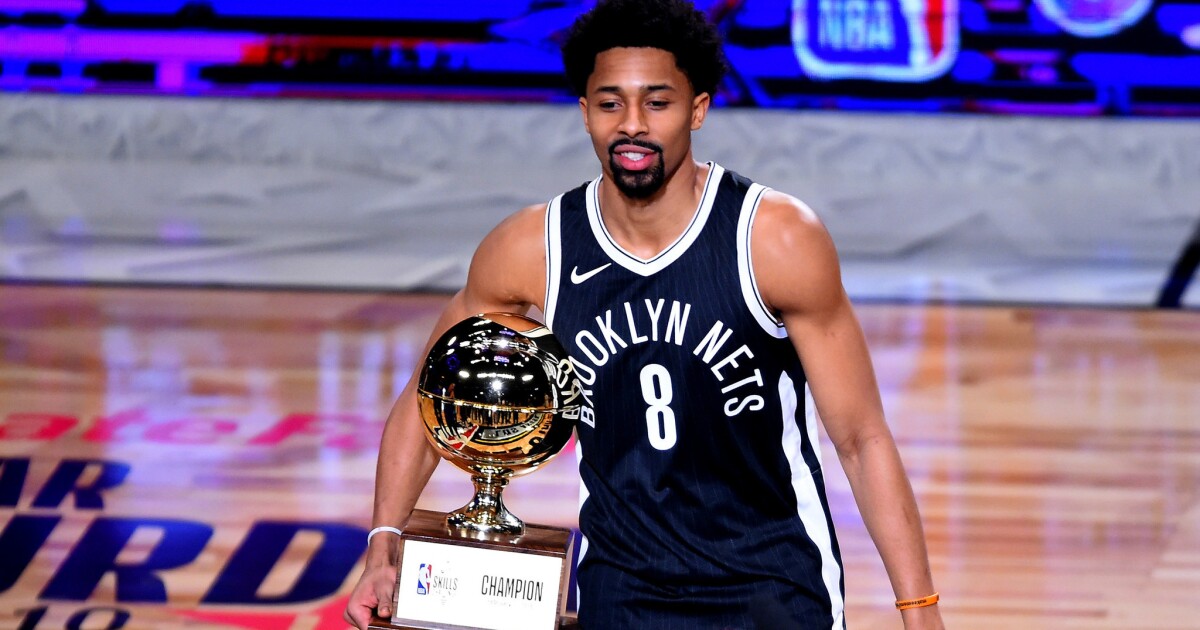 Spencer Dinwiddie and DeAndre Jordan, two key players on the Brooklyn Nets, have tested positive for the coronavirus. Dinwiddie intends to try to play in Orlando when the NBA season restarts, while Jordan said he would not.

Brooklyn’s Kyrie Irving and Kevin Durant already were set to miss the season reboot at Disney World. The Nets are seventh in the East, six games ahead of the ninth-place Washington Wizards. Brooklyn’s Wilson Chandler reportedly also will opt out of playing.

Dinwiddie, a Los Angeles native, is averaging 20.6 points for the Nets, second only to Irving, during a career year.

Jordan, the longtime Clippers center who has battled asthma throughout his career, said he will miss the remainder of the season. Jordan averaged 8.3 points and 10.0 rebounds, largely coming off the bench.

Brooklyn reportedly has agreed to a deal with guard Tyler Johnson, which should provide some insurance if Dinwiddie cannot return.

Friday, the NBA reported 16 positives out of 302 tests administered to players.